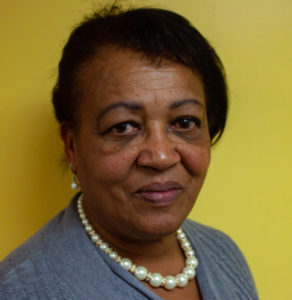 Maria Andrade has worked for MUA since 1987. She was a former student and emigrated from Cape Verde when she was in her early 20s. In addition to being co-director, she is the fiscal staff person and has overseen the student database system for the past 15 years. She also oversees the technology and High School Equivalency (HiSET) departments. 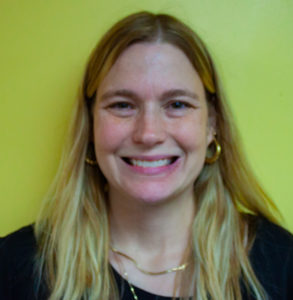 Johannah Malone joined MUA’s staff in 2000, and as co-director has nearly 20 years experience in fundraising/program development. She has an MA in Applied Linguistics from UMASS/Boston with a concentration in ESOL. During her nearly 20 years at MUA, she has developed curriculum and workforce training programs and helped to nearly double the size of the agency’s staffing to serve the Latina community. She has raised $800,000 out of $1M needed for MUA’s capital campaign. 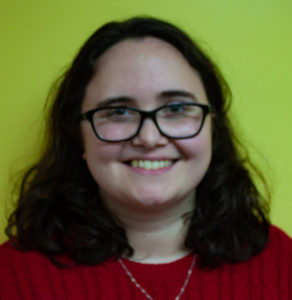 Caitie Shalvey is the Lead ESOL Teacher at MUA. She loves working at an organization that encourages women of all backgrounds to reach their fullest potential, while at the same time providing a safe “home” and a caring community for those that are new to this country. 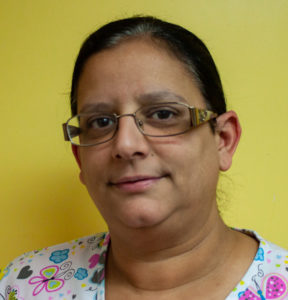 Candida Baez is from the Dominican Republic and comes from a large family of five brothers. She is the only daughter! She came to the United States in 1991. She is a proud mother and grandmother. Candida started as a student and progressed through the HiSET and ESOL courses. She joined the staff nearly a decade ago and has worked as a low-level HiSET instructor. She also has worked in the pre-school child care, reception, and data entry department. She has taken extensive coursework to train as an adult educator and as a mother herself is grateful to God that MUA exists to assist so many mothers in need to empower themselves. 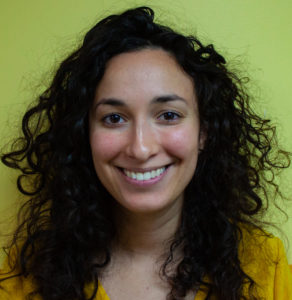 Leda studied Italian Language and Literature and Education at Smith College. She also completed the TESOL Certificate program from SIT Graduate Institute. Prior to working at MUA, Leda taught ESL to children and adults. Leda is passionate about working at MUA as a way to connect directly with a diverse student body and provide resources and assistance that improve students’ lives. 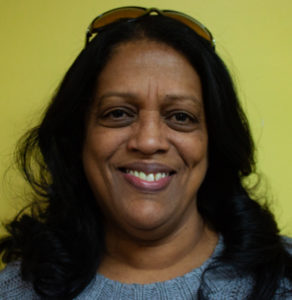 Martiza has 33 years of experience as a teacher. She has been living in Boston for six years and teaches upper-level HiSET courses at MUA. Her expertise includes the teaching of science, social studies, mathematics, grammar, and reading, for the K-12 population and adults. Maritza sees MUA not only as a school but as a support center for all women. There is an atmosphere of camaraderie and solidarity, which is such a motivator for students as well as staff. 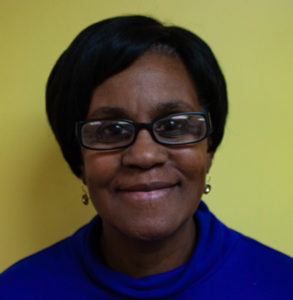 Her experience includes over 25+ years in the computer field in computer technical and problem resolution for a large corporation, which included being a trainer of peer support. She really enjoys teaching at MUA because a non-profit is a dynamic environment in which to work with and engage the students on a more personal level, to see their eagerness to learn new things and to succeed. 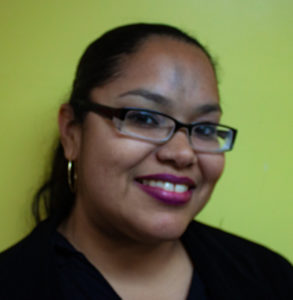 Luisa Puello is a veteran teacher with eight years of teaching adults from diverse backgrounds. Her accounting degree enables her to help students successfully pass the HiSET mathematics exam. Here, Luisa has learned the value of serving and helping her Latino community, demonstrating that there are no barriers to education that cannot be achieved. MUA is a solid institution that will guide you to make a better future for yourself and your family. 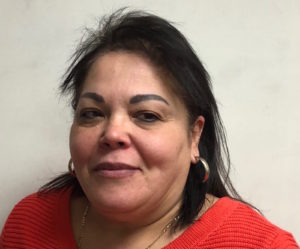 Guillermina has served as the President of the MUA Board of Directors for 8 years. She uses her experience at Bank of America to teach financial literacy to students. Guillermina loves seeing students receive their GED through MUA through her volunteering. 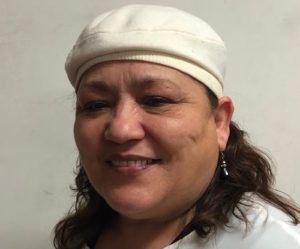 Zoila Diaz, who has worked with MUA since 1993, is one of the three co-directors of the organization. Zoila works with the board on monitoring social services, staff, and relationships with external agencies. Additionally, Zoila oversees preschool child care, domestic violence support groups, and coordinates referrals to outside services. 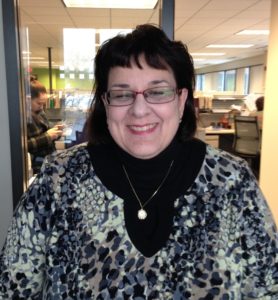 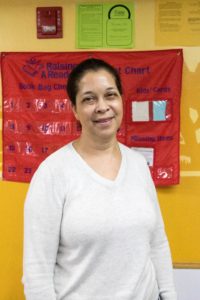 Regla emigrated to the US from the Dominican Republic in 1995. In her native country, she obtained a degree in accounting and an authorized public accounting certification. She also joined the national army.

Regla was a student of MUA in 2006 and completed coursework in English and computers. She gave back by volunteering and joined the team as an early childhood assistant. Regla is passionate about helping toddlers and pre-schoolers develop their language, pre-literacy, mathematics, and socialization skills at MUA. She has taken additional coursework at Roxbury Community College and is presently enrolled in an English course. 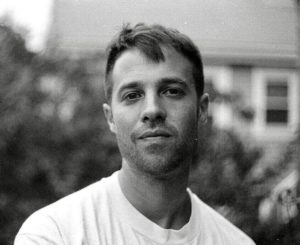 Louis has been an adult ESL teacher since 2010. With experience in higher education and the nonprofit sector, he is happy to be a part of the team at MUA. Aside from teaching, Louis has the dream of supporting community-oriented social movements through his music, which he sings in both English and Spanish. 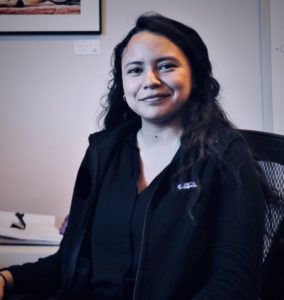 Marlene is a former French language teacher in Mexico and is now an ESOL instructor at MUA. Besides teaching, she is an AmeriCorps member of a non-profit organization that provides legal services for immigrant populations. She has worked with these communities in different states in the country. As an immigrant herself, she feels connected to MUA’s community. 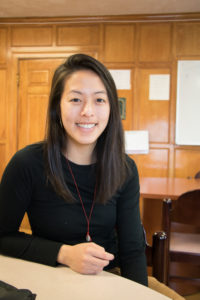 Rachel received her degree at the University of California Berkeley, and has been teaching ESOL since 2014. Additionally, she loves learning and facilitating dialogue about language and culture. She considers it a privilege to serve and get to know this community of women. 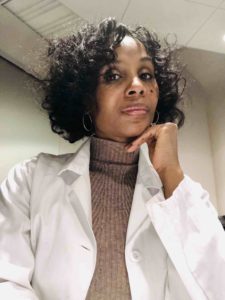 Hannah, Trinidadian born and raised, is now a proud US citizen. Hannah’s 25-year career has included working as a medical assistant, lab technician, and laboratory supervisor.  For the past two years, she has been training medical assistants, cardio-phlebotomy technicians, and phlebotomists. She currently teaches the Clinical Medical Assistant (CMA) program at MUA.  It is fulfilling and gratifying for her to help enthusiastic learners to launch careers in the medical field. 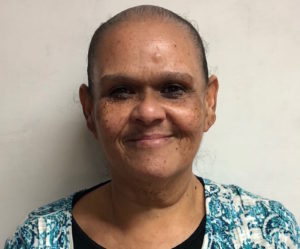 Alma serves as the Treasurer of the Board and has with MUA for 6 years. Alma has introduced multiple students from Dorchester to MUA, which has assisted them in learning English and attaining their GED. 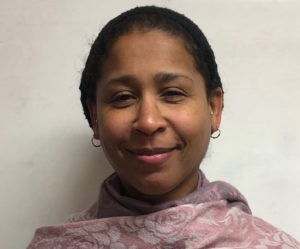 Brenda has served as the Secretary of the MUA Board for almost 4 years. A supervisor for the Pediatrics and Adolescent Department at Boston’s Children’s Hospital, she has several years of experience working with young people in the Dorchester area. 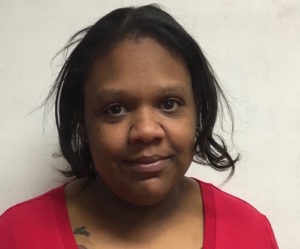 Natasha, a student of MUA, has been on the MUA Board for 3 years alongside her twin sister, Keara. Throughout her time as a student and board member, Natasha has been very involved in training to become a home health aide. 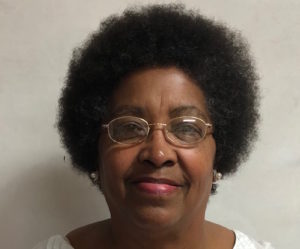 Azela, “Celita”, has served as an officer on the board since 2011 alongside her daughter, Brenda.

Monica M. Pomare first joined MUA’s board in 2010 and has been serving as the board president since March 2019 She has been a parent, advocate and community activist for many years and is a family education coordinator for the Boston Public Schools, Parent University. She strives to educate and support families in their advocacy efforts related to their children’s educational journeys, which also serves her well as MUA’s board president, as many of MUA’s clients have children in the Boston Public Schools . She received her B.A. from Regis College and her M.Ed. from Cambridge College.